The Fail Fast Mindset: How to Help Your Team Fail and Be Resilient at Work

Resilience is essential to bounce back from challenging situations at work. Different people have different expectations and different levels of resilience to deal with challenges and setbacks. It's not an inborn quality that only a few possess, but anyone can learn to be resilient. The expectation to do well at work makes people believe that failure isn’t an option. Fear, anger and confusion can cause people to feel helpless after a setback and paralyze them from moving forward. By adopting these 4 techniques, you can improve your team’s ability to succeed in difficult situations by bouncing back from failure.

No strategy can help an organization thrive if the people in the organization aren’t resilient to change and chaos. Setbacks and challenging situations - a missed deadline, a lost deal, a failed project, a bad strategy - are everyday affairs at work, and only those who learn to get past them can grow professionally and personally.

A resilient mindset is essential to bounce back from challenging situations at work.

At an individual level, different people have different expectations and different levels of resilience to deal with challenges and setbacks. While one person may be devastated when their idea doesn’t work out, another may simply move on to try a new strategy. A lost deal can make someone wallow in their misery while another person in the same situation may be up and about already trying to get a new client. Unlike popular belief, people aren’t born to be this way. It isn’t part of their DNA. It’s not an inborn quality that only a few possess. Anyone can learn to be resilient.

“Fail fast, be agile, be resilient.” We have all heard this at work. But simply telling people to be resilient doesn’t work.

Irrespective of how much we tell our teams to move past failures and learn from mistakes, we know that it isn’t easy to accept a failure. The expectation to do well at work makes people believe that failure isn’t an option. Putting in the effort and not achieving the outcome is always disappointing.

Fear, anger and confusion can cause people to feel helpless after a setback and paralyze them from moving forward. The tendency to assign blame to an external factor beyond their control can also leave them feeling hopeless.

But there’s a huge difference between feelings of disappointment and letting those emotions turn into feelings of devastation. Being resilient is all about knowing that difference.

It’s knowing that failure is a part of life and not an excuse to stop trying, avoid risk or ignore challenging circumstances. It’s not displaying toxic positivity, but rather having a sense of realistic optimism. It’s staying flexible and adapting to the change around us and not being rigid about our beliefs and expectations.

Resilience is building a sense of coherence, both physically and mentally by observing, adjusting and adapting to the world around us.

Victor Frankl, a neurologist and a holocaust survivor, writes in Man’s Search for Meaning:

When we are no longer able to change a situation, we are challenged to change ourselves.

By adopting these 4 techniques, you can improve your team’s ability to succeed in difficult situations by bouncing back from failure:

1. Don’t try to flip the switch. Resilience = Ability to deal with emotions

We were thrilled as a team to take on this challenge. After months of working on the product and getting it to close to our initial target, we hit a major roadblock. We learnt that one of our core assumptions about deploying the solution was faulty and our original strategy may not work. It was a major disappointment for the entire team. We had already spent so much time trying to make it work. This was on a late Tuesday evening.

The next morning when we told our manager about the problem, he simply said “Let’s move on. What’s the next step?”

What’s the next step? Aren’t you even slightly disappointed about all the effort that has been wasted? Do you even care that we put in so much time and energy in trying to make it work?

Even with right intentions at heart, his message didn’t land very well with the entire team. He wanted to move forward with another solution instead of wasting time in discussing what clearly doesn’t work. And I don’t blame him for thinking forward. His only mistake was expecting people to flip from one emotional state to another in a moment, just like that.

An essential step to “move on” and build resilience is to process and analyze the failure or the mistake and use that as an opportunity to do better next time. As a manager, you may think that talking about failure will make your team feel worse about their situation, but it has quite an opposite effect.

Summary: To build resilience as a team, give your team time to deal with their failure and then help them see past it and into the future. Don’t try to do both at the same time. Give them time to ponder over their mistakes, then regroup to discuss the changes you can make as a team or the practices you can adopt to avoid them in the future.

2. Don't try to motivate them. Resilience = Learning to face reality

A mistake I made later as a manager myself was trying to save my people from “feeling bad” about their failures. I would try to shift their mood by toning down the failure or the mistake. I thought it would be a good motivation technique to keep them productive. But I was wrong.

“No one could have guessed the market shift. We are doing better than so many others who couldn’t survive the change.”

“Losing this client is no big deal. We weren’t going to generate a lot of revenue through them.”

Being resilient requires raising the bar and emerging stronger, not lowering down your expectations. By comparing yourself to those who are doing worse off than you are, you don’t convey a strong desire to work hard and rise above the challenge.

Building resilience requires facing the uncomfortable truth. It requires letting your team face the reality of their situation. Don’t sugar coat the message. Don’t try to avoid disappointments. Don’t try to be nice or kind. Describe the situation and share feedback as they need to hear. Convey the importance of achieving outcomes while not tying those outcomes to their identity. You can be caring and still hold them accountable at the same time.

Most importantly, make them see that they are in control of their situation and then help them identify the next steps to move forward.

When you learn to let go of the details you can’t control, the amount of time and energy you’ll be able to devote to the things you can control will give you the ability to accomplish incredible feats - Amy Morin

Summary: You don’t need to increase your team’s motivation when they fail. Build their resilience by helping them feel in control of their situation. Make them believe that come what may, they will have the courage and strength to get past it and come out on the other side stronger than they started.

Small wins and failures are much better than massive setbacks and large accomplishments. Yes, big project victories are celebrated much more, but they are really a gamble. When you go all in, the outcome can go either way. Irrespective of whether you succeed or fail, there’s less opportunity to learn from the process.

However, when you encourage your team to take small steps in the direction of their goals, they don’t lose sight of the big picture, and yet they get both a sense of progress and an opportunity to tweak as they move along. They not only learn what works, but also what does not work.

Once your team feels comfortable with small steps, they will be much more willing to take bigger risks because they now have a recipe to bounce back from difficult situations. They know that at any point in time they can go back and rework on a specific step without feeling overwhelmed by the overall scope of the project.

Summary: The ability to break down a large problem into a series of tiny experiments encourages a fail-fast mentality. It’s a great strategy to build resilience in your team.

4. Shift from problem to solution. Resilience = Forward thinking with a solution mindset

When a group fails, some people may be more hurt by the failure than others as they may have a different stake in the project. Depending on how they view the situation, some level of finger pointing and blame games is common in such situations. Spending time regretting past decisions or identifying who to blame can only lead to inaction.

As a manager, it’s your responsibility to help the entire team take responsibility for the outcome and move on. It’s important to know the cause, but far more important is to determine what to do with that information. How to react and act once you know better.

Ask these questions to help your team problem solve together:

Summary:  Building resilience requires shifting from blame games to shouldering responsibility as a group. When team members engage in constructive problem solving with a focus on the future, they emerge stronger as a team. 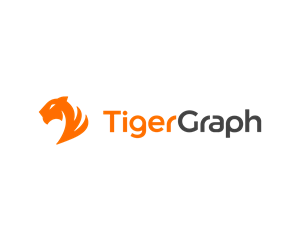 Join the Graph for All Million Dollar Challenge