The innovation loop is a methodology/framework derived from Bell Labs, which produced innovation at scale throughout the 19th century. They learned how to leverage a hybrid innovation management model based on science, invention, engineering, and manufacturing at scale. Bell Telephone Laboratories was spun off from AT&T in 1924, and as we'll see scientific research got the center stage. Bell Labs understood that innovation runs through loops that went along these lines: Discovery (sub-divided in Basic Research and Applied Research) > Development > Manufacturing.

Gennaro is the founder of FourWeekMBA, a leading source on business model innovation.

The innovation loop is a methodology/framework derived from the Bell Labs, which produced innovation at scale throughout the 19th century. They learned how to leverage a hybrid innovation management model based on science, invention, engineering, and manufacturing at scale. By leveraging individual genius, creativity, and small/large groups.

The rise of Bell Labs

The history of Bell Labs, and how its mother company AT&T's corporate structure evolved over the year is important to understand how innovation looked like by the end of the 1800s, until the 1950-60s. It's important to remark that each time has its own features. And the sort of context that developed in these decades also made possible the development of Bell Labs.

Thus, innovation can't have a fixed structure, but it will depend on the context developed from time to time. For the sake of understanding that, let's look at some of the key highlights from the interview with Jon Gertner on the History of Bell Labs.

By the end of the 1800s, AT&T was the first modern monopoly. Meant as a monopoly built on top of a mass communication system, which was the phone business. Not differently to how today we see big tech players like Amazon, Apple, or Google. At the time, AT&T was looked at as a litigious monopoly.

At its rein, the ambitious Theodore Vail advocated for the so-called “one policy, one system, universal service.”

The main narrative was that the phone business borrowed itself as a natural monopoly.

In short, due to the high costs of running such a business at scale, and the fact that to make the phone available to the masses, and to rural areas (where it made much less sense economically), it needed to be structured as a monopoly.

Thus, from the higher margins that the monopoly enjoyed thanks to lower competition, it could reinvest them to make the service universally accessible, also in areas where it needed to be subsidized (like rural areas).

Therefore, from being perceived as a litigious monopoly. Eventually, the narrative around AT&T shifted.

The structure of the phone business, the high costs of set-up, maintenance, and expansion, convinced the public to make it possible for AT&T to gain a monopolistic structure, where the company could pour an unlimited number of financial resources toward the scaling of the phone service across the US.

We were in a time (the early 1900s) where connecting New York to San Francisco, seemed unthinkable. And therefore, the fact that AT&T was pouring resources to massively grow the phone network across the US also led the way toward official recognition of AT&T as a monopoly.

With the Willis-Graham Act of 1921, the US Congress formally exempted the telephone business from federal antitrust laws. This was a key moment. However, Bell Telephone Laboratories was spun off from AT&T in 1924, and as we'll see scientific research got the center stage.

This passage is critical, as it officially gave AT&T the freedom as a monopolist to plan ahead of not one or two years, but of decades. Thus, enabling its investments to go way beyond the phone business, and actually enable innovations that were decades ahead of its time!

Manufacturing innovation through a hybrid model

The interesting point about Bell Labs is this followed a hybrid model.

In short, the lab did understand that innovation runs through loops that went along these lines:

Kelly, leading the Bell Labs understood well that each phase of the loop required a different approach, competence, understanding, and also timeline.

The discovery phase perhaps could be broken down in:

From there innovation proceeded from the small team to larger and larger groups. Indeed, as we move to the product development and manufacturing phase, it became much more about how to scale the technology. Thus, the number of people needed for the project grew exponentially.

In short, Bell Labs valued individual genius while "enabling the transfer of these ideas to groups or multitude of groups."

If you think about the most successful field that Bell Las revolutionized, solid-state research, its applications required the effort of many people to succeed.

Kelly, leading the Bell Labs understood this too well. Thus, he structured the lab around three main entities:

And four kinds of people played a key role in the overall innovation loop:

From tinkering to scientific research

The Bell Labs of the early years were influenced a lot by Thomas Edison. Kelly himself sought the ability of Edison to invent new things as a key element.

Yet during Edison's times’ theory was scorned and invention relied on tinkerers. In fact, Edison was himself an inventor and in his Menlo Park lab knew how to leverage on scientists when needed.

Instead, Bell Labs incentivized research, and over time transformed scientists into heroes.

However, this process took decades, and scientific research really took the center stage by the 1940s-50s, when eventually people like Shannon developed fields like Information Theory ("A Mathematical Theory of Communication" was first published on the Bell System Technical Journal in 1948).

Indeed, at Bell Labs, a group of young mavericks called the Young Turks (comprising people like Kelly, Pierce, Shannon, Shockley, and others) went ahead to revolutionize various fields and open the way to modern technologies like PC and the Internet.

The hidden role of serendipity

While managers like Kelly emphasized the effectiveness of Bell Labs to innovate predictably. In reality, many innovations came also as a result of serendipity/random tinkering.

The epitome of that was the “zone refining” process which helped Bell Labs manufacture a purer form of semiconductors as it removed impurities from the germanium. And this was the result of a nap, a metallurgist called Pfan took on the job as the breakthrough idea came to him!

It's also worth mentioning that the approach of Bell Labs to innovation slightly changed as we go through the world war.

In fact, scientific research that until then had been an open field, suddenly becomes secretive, as most of the technologies that scientists were working on were military projects, that were meant to be kept secret.

As Jon Gertner points out in the book, Idea Factory: "Radar won the war whereas atomic bomb merely ended it."

As the war ends up, and AT&T's (this Bell Labs) role to the government wanes, the research opens up again. Eventually, a turning point is the 1956 antitrust case settlement for AT&T which also calls for the company not to enter the computer or consumer electronics market.

This decision would play a key role in the long run, as many technologies patented by AT&T would eventually be used to open up whole new industries.

Two of these discoveries, that led to the apex of Bell Labs and at the same, at its demise were: information theory and semiconductors.

When Claude Shannon conceived Information Theory, it built the foundation for computers to communicate with each other, later on, thus prompting the whole Internet industry, which still today plays a key role.

Yet, while information theory would play a pivotal role in the years to come, there was another field in which applications were prompt to create a whole new industry.

The birth of Silicon Valley

The father of the semiconductor was one of the Young Turks: William Shockley.

As Jon Gertner explained in our interview:

"Bill Shockley was handpicked by this fellow Mervin Kelly to help lead the transistor or the solid-state team. Together with Shockley, Walter Brattain, and John Bardeen, two physicists came up with the invention in December 1947. That was the first transistor.

It's important to note the first transistor wasn't actually that useful. It was very hard to make, and it had certain limitations as a technology. Bill Shockley came up with other ideas for transistors junction transistors as they were called. Eventually, they became much more crucial to the electronics industry as well."

"What I think changed things as much or more is that eventually Bill Shockley left Bell Labs and went out to the west coast to California. He was really one of the first-ever to say, 'I'm going to become an entrepreneur.' You can look at Hewlett-Packard and HP before him, but it was a little different.

Shockley left the east coast, which in the U.S., is almost like a symbolic transition. Leaving the east coast to go to the west as an entrepreneur, as this world-renowned physicist who had won the Nobel Prize to start a company, the first transistor company. He started it on some land at Stanford University that was developing as an incubator.

He created something called Shockley Semiconductor. For those who don't know this history, it's the very history of technology and entrepreneurship. Shockley was a very difficult man with all sorts of strange ideas about race and intelligence. Objectionable ideas really, but he was actually really good at hiring people.

His first company really hired people who became the entrepreneurs of the transistor age or the integrated circuit age. These were people he hired for instance, like Moore, who created Moore's law that created the companies like Intel, that created venture capital firms, like Kleiner Perkins.

It would branch off from there into Shockley Semiconductor and Texas Instruments, and eventually Fairchild Semiconductor, which grew out of Shockley's company, and then Intel." 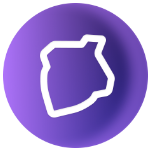 Understanding How Netflix Business Works Through Binge-Watching
Published at Jun 13, 2020 by gcuofano #business-models
Turn Your Website into a Marketplace with Commerce Layer and JavaScript
Published at Feb 17, 2022 by bolajiayodeji #ecommerce
Uncover the Best Privacy Coins in 2021
Published at Sep 25, 2021 by Turner #privacy-coin
Who Has the Power to Break Up Big Tech?
Published at Oct 26, 2021 by ShannonFlynn #privacy
Join HackerNoon